Decans of the Minor Arcana Part 1
What every good magician needs to know.

Welcome to the new series of the Astrological Tarot. Each month we will cover 3 cards of the Minor Arcana which relate to the current Sun Sign, and their correspondence the Decanates of the zodiacal wheel.

First of all, some basics and reminders: 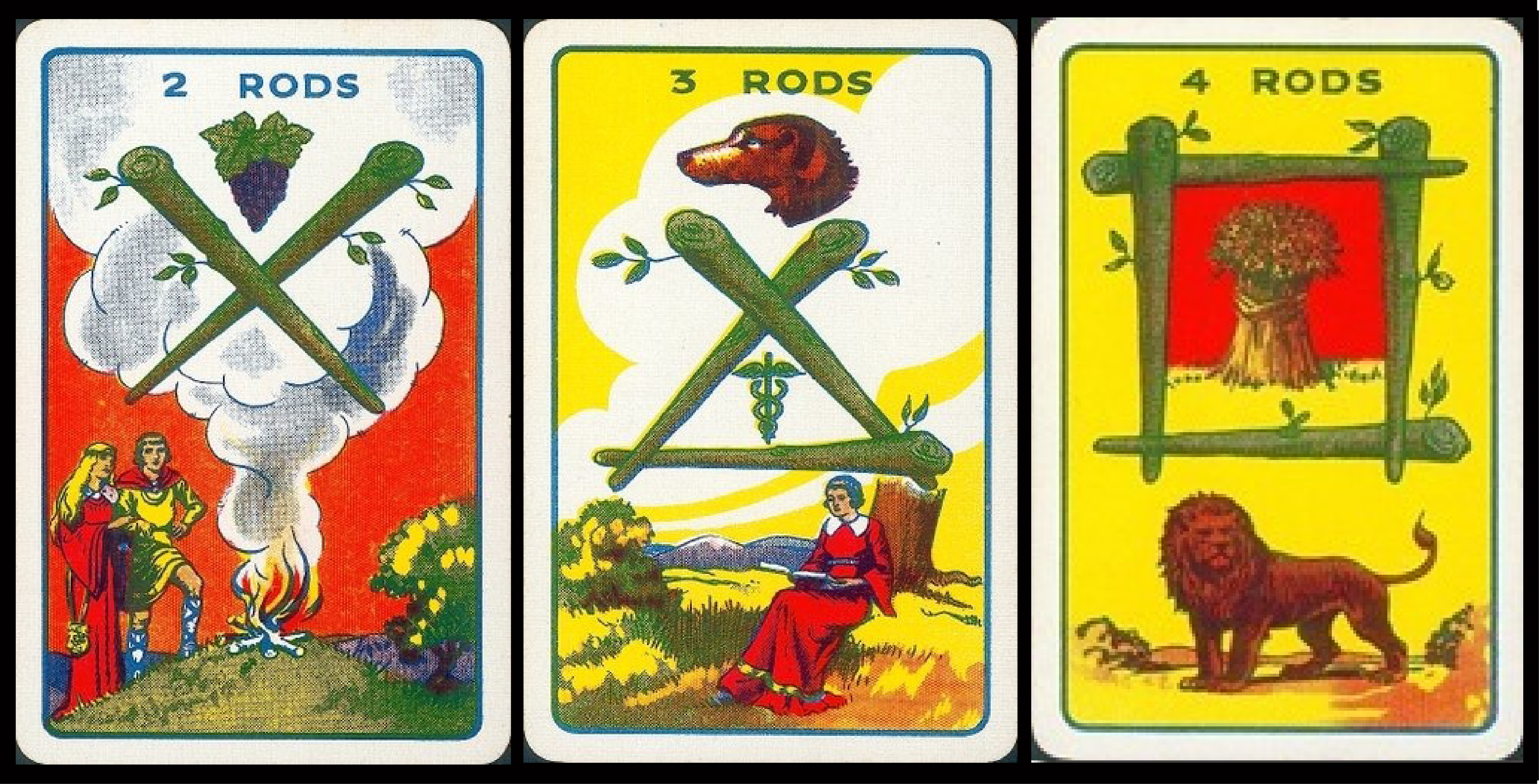 Images from the Thompson-Leng Tarot

The element of the minors (Wands = Fire) will always match the element of the corresponding Major (Emperor = Aries = Fire sign). Thus, the zodiacal year can be viewed as the passage through these minor cards. Each decan also corresponds to a planetary energy in that sign (Chaldean method).

Mar 21st – Mar 30th = 2 of Wands = Mars in Aries
The duality of closing the door of the past while simultaneously opening the door to the future. You stand at the threshold, split between both worlds. Possibilities abound, but remember to close the door behind you.

Mar 31st – Apr 10th = 3 of Wands = Sun in Aries
There is evidence now of your journey, both externally and internally, and you are able to objectively reflect on how far you have come, looking back and connecting the dots. This offers insight to the right next steps to take and the further goals of the future.

April 11th – Apr 20th = 4 of Wands = Venus in Aries
Separate components now begin to merge. Independence bends into harmonious partnership, and the parallel roads curve to the same trajectory. You are attracting people who are on the same wavelength as you.

“The cards are Astral images, illustrating the world of matter below, and symbolically reflecting the worlds of mind and spirit above.”
– Robert Wang, The Qabalistic Tarot